What one can do with a child's meal!

And when Jesus went out He saw a great multitude; and He was moved with compassion for them, and healed their sick. When it was evening, His disciples came to Him, saying, “This is a deserted place, and the hour is already late. Send the multitudes away, that they may go into the villages and buy themselves food.” But Jesus said to them, “They do not need to go away. You give them something to eat.” And they said to Him, “We have here only five loaves and two fish.”  He said, “Bring them here to Me.”  Then He commanded the multitudes to sit down on the grass. And He took the five loaves and the two fish, and looking up to heaven, He blessed and broke and gave the loaves to the disciples; and the disciples gave to the multitudes. So they all ate and were filled, and they took up twelve baskets full of the fragments that remained.  Now those who had eaten were about five thousand men, besides women and children. (Matthew 14:14-21) 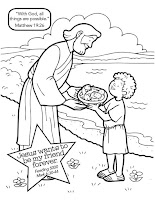 What one can do with a child's meal! The crowd was seeking Jesus . . . desiring to be fed. The disciples said the obvious: "Send then home to eat. There is not enough food here!" Oh, but for the kid's meal!
Wow . . . 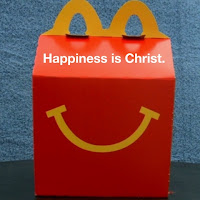 Many times we do not think we have enough to help. . . . not enough money, not enough time, not enough food, not enough talent. But What can God do with what we do have? A kid's meal fed over five thousand people! There was still enough for leftovers!

Email ThisBlogThis!Share to TwitterShare to FacebookShare to Pinterest
Labels: A Place Called HOPE, Attitude, For Us Men, I got questions!, In His Image, My Money/God's Money?, Teach Me 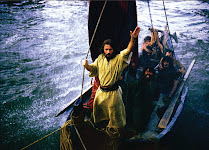